Crusade against the Ottomans

The First Ottoman–Venetian War was fought between the Republic of Venice and her allies and the Ottoman Empire from 1463 to 1479. Fought shortly after the capture of Constantinople and the remnants of the Byzantine Empire by the Ottomans, it resulted in the loss of several Venetian holdings in Albania and Greece, most importantly the island of Negroponte (Euboea), which had been a Venetian protectorate for centuries. The war also saw the rapid expansion of the Ottoman navy, which became able to challenge the Venetians and the Knights Hospitaller for supremacy in the Aegean Sea. In the closing years of the war, however, the Republic managed to recoup its losses by the de facto acquisition of the Crusader Kingdom of Cyprus.

Following the Fourth Crusade (1203–1204), the lands of the Byzantine Empire were divided among several western Catholic ("Latin") Crusader states, ushering in the period known in Greek as Latinokratia. Despite the resurgence of the Byzantine Empire under the Palaiologos dynasty in the later 13th century, many of these "Latin" states survived until the rise of a new power, the Ottoman Empire. Chief among these was the Republic of Venice, which had founded an extensive maritime empire, controlling numerous coastal possessions and islands in the Adriatic, Ionian, and Aegean Seas. In its first conflict with the Ottomans, Venice had already lost the city of Thessalonica in 1430, following a long siege, but the resulting peace treaty left the other Venetian possessions intact. In 1453, the Ottomans captured the Byzantine capital, Constantinople, and continued to expand their territories in the Balkans, Asia Minor, and the Aegean. Serbia was conquered in 1459, and the last Byzantine remnants, the Despotate of Morea and the Empire of Trebizond were subdued in 1460–1461. The Venetian-controlled Duchy of Naxos and the Genoese colonies of Lesbos and Chios became tributary in 1458, only for the latter to be directly annexed four years later. The Ottoman advance thus inevitably posed a threat to Venice's holdings in southern Greece, and, following the Ottoman conquest of Bosnia in 1463, in the Adriatic coast as well.

According to the Greek historian Michael Critobulus, hostilities broke out because of the flight of an Albanian slave of the Ottoman commander of Athens to the Venetian fortress of Coron (Koroni) with 100,000 silver aspers from his master's treasure. The fugitive then converted to Christianity, and demands for his rendition by the Ottomans were therefore refused by the Venetian authorities. Using this as a pretext, in November 1462, Turahanoğlu Ömer Bey, the Ottoman commander in central Greece, attacked and nearly succeeded in taking the strategically important Venetian fortress of Lepanto (Nafpaktos). On 3 April 1463 however, the governor of the Morea, Isa-Beg Ishaković, took the Venetian-held town of Argos by treason.

Crusade against the Ottomans

Pope Pius II used this opportunity to form yet another Crusade against the Ottomans: on 12 September 1463, Venice and Hungarian king Matthias Corvinus signed an alliance, followed on 19 October by an alliance with the Pope and Duke Philip the Good of Burgundy. According to its terms, upon victory, the Balkans would be divided among the allies. The Morea and the western Greek coast (Epirus) would fall to Venice, Hungary would acquire Bulgaria, Serbia, Bosnia, and Wallachia, the Albanian principality under Skanderbeg would expand into Macedonia, and the remaining European territories of the Ottomans, including Constantinople, would form a restored Byzantine Empire under the surviving members of the Palaiologos family. Negotiations were also begun with other rivals of the Ottomans, such as Karamanids, Uzun Hassan, and the Crimean Khanate.

The new alliance launched a two-pronged offensive against the Ottomans: a Venetian army, under the Captain General of the Sea Alvise Loredan, landed in the Morea, while Matthias Corvinus invaded Bosnia. At the same time, Pius II began assembling an army at Ancona, hoping to lead it in person.

In early August, the Venetians retook Argos and refortified the Isthmus of Corinth, restoring the Hexamilion wall and equipping it with many cannons.

In Bosnia, Matthias Corvinus seized over sixty fortified places and succeeded in taking its capital, Jajce after a 3-month siege, on 16 December.

Ottoman reaction was swift and decisive: Sultan Mehmed II dispatched his Grand Vizier, Mahmud Pasha Angelović, with an army against the Venetians. To confront the Venetian fleet, which had taken station outside the entrance of the Dardanelles Straits, the Sultan further ordered the creation of the new shipyard of Kadirga Limani in the Golden Horn (named after the "kadirga" type of galley), and of two forts to guard the Straits, Kilidulbahr and Sultaniye.

The Morean campaign was swiftly victorious for the Ottomans: although messages received from Ömer Bey had warned of the strength and firepower of the Venetian position at the Hexamilion, Mahmud Pasha decided to march on, hoping to catch them unawares. In the event, the Ottomans reached the Isthmus just in time to see the Venetian army, demoralized and riddled with dysentery, leave its positions and sail to Nauplia.

The Ottoman army razed the Hexamilion, and advanced into the Morea. Argos fell, and several forts and localities that had recognized Venetian authority reverted to their Ottoman allegiance. Zagan Pasha was re-appointed governor of the Morea, while Ömer Bey was given Mahmud Pasha's army and tasked with taking the Republic's holdings in the southern Peloponnese, centered around the two forts of Coron and Modon (Methoni).

In the Aegean, the new Venetian admiral, Orsato Giustinian, tried to take Lesbos in the spring of 1464, and besieged the capital Mytilene for six weeks, until the arrival of an Ottoman fleet under Mahmud Pasha on 18 May forced him to withdraw. Another attempt to capture the island shortly after also failed, and Giustinian died at Modon on 11 July. His successor, Jacopo Loredan, spent the remainder of the Year in ultimately fruitless demonstrations of force before the Dardanelles.

In April 1466, Vettore Cappello, the most vociferous proponent of the war, replaced Loredan as Captain General of the Sea. Under his leadership, the Venetian war effort was reinvigorated: the fleet took the northern Aegean islands of Imbros, Thasos and Samothrace, and then sailed into the Saronic Gulf.

On 12 July, Cappello landed at Piraeus, and marched against Athens, the Ottomans' major regional base. He failed to take the Acropolis, however, and was forced to retreat to Patras, which was being besieged by the Venetians under the provveditore of the Morea, Jacopo Barbarigo. Before Cappello could arrive there, and as the city seemed on the verge of falling, Omar Beg suddenly appeared with 12,000 cavalry, and drove the outnumbered Venetians off. Six hundred Venetians fell and a hundred were taken prisoner out of a force of 2,000, while Barbarigo himself was killed, and his body impaled. Cappello, who arrived some days later, attacked the Ottomans trying to avenge this disaster, but was heavily defeated. Demoralized, he returned to Negroponte with the remains of his army. There, the Captain General fell ill, and died on 13 March 1467.

Sultan Mehmed II, who was following Mahmud Pasha with another army to reinforce him, had reached Zeitounion (Lamia) before being apprised of his Vizier's success. Immediately, he turned his men north, towards Bosnia. However, the Sultan's attempt to retake Jajce in July and August 1464 failed, with the Ottomans retreating hastily in the face of Corvinus' approaching army. A new Ottoman army under Mahmud Pasha then forced Corvinus to withdraw, but Jajce was not retaken for many years after.

Soon after, the Venetians were embroiled in a conflict with the Knights Hospitaller of Rhodes, who had attacked a Venetian convoy carrying Moorish merchants from the Mamluk Sultanate. This event enraged the Mamluks, who imprisoned all Venetian subjects living in the Levant, and threatened to enter the war on the Ottoman side. The Venetian fleet, under Loredan, sailed to Rhodes under orders to release the Moors, even by force. In the event, a potentially catastrophic war between the two major Christian powers of the Aegean was avoided, and the merchants were released to Venetian custody.

In the meantime, for the upcoming campaign of 1464, the Republic had appointed Sigismondo Malatesta, the ruler of Rimini and one of the ablest Italian generals, as land commander in the Morea.The forces available to him along with mercenaries and stratioti, however, were limited, and in his tenure in the Morea he was unable to achieve much. Upon his arrival in the Morea in mid-summer, he launched attacks against Ottoman forts, and engaged in a siege of Mistra in August–October. He failed to take the castle, however, and had to abandon the siege at the approach of a relief force under Ömer Bey. Small-scale warfare continued on both sides, with raids and counter-raids, but a shortage of manpower and money meant that the Venetians remained largely confined to their fortified bases, while Ömer Bey's army roamed the countryside. The mercenaries and stratioti in Venice's employ were becoming disgruntled at the lack of pay, while increasingly, the Morea was becoming desolate, as villages were abandoned and fields left untended. The bad supply situation in the Morea forced Ömer Bey to withdraw to Athens in fall 1465. Malatesta himself, disenchanted by the conditions he encountered in the Morea and increasingly anxious to return to Italy and attend to his family's affairs and the ongoing feud with the Papacy, remained largely inactive throughout 1465, in spite of the relative weakness of the Ottoman garrisons following the withdrawal of Ömer Bey from the peninsula.

After Skanderbeg died, some Venetian-controlled northern Albanian garrisons continued to hold territories coveted by the Ottomans, such as Žabljak Crnojevića, Drisht, Lezha, and Shkodra—the most significant. Mehmed II sent his armies to take Shkodra in 1474 but failed. Then he went personally to lead the siege of Shkodra of 1478-79. The Venetians and Shkodrans resisted the assaults and continued to hold the fortress until Venice ceded Shkodra to the Ottoman Empire in the Treaty of Constantinople on 25 January 1479 as a condition of ending the war.

The fourth siege of Shkodra of 1478–79 was a confrontation between the Ottoman Empire and the Venetians together with the Albanians at Shkodra and its Rozafa Castle during the First Ottoman-Venetian War (1463–1479). Ottoman historian Franz Babinger called the siege "one of the most remarkable episodes in the struggle between the West and the Crescent". A small force of approximately 1,600 Albanian and Italian men and a much smaller number of women faced a massive Ottoman force containing artillery cast on site and an army reported (though widely disputed) to have been as many as 350,000 in number. The campaign was so important to Mehmed II "the Conqueror" that he came personally to ensure triumph.

After nineteen days of bombarding the castle walls, the Ottomans launched five successive general attacks which all ended in victory for the besieged. With dwindling resources, Mehmed attacked and defeated the smaller surrounding fortresses of Žabljak Crnojevića, Drisht, and Lezha, left a siege force to starve Shkodra into surrender, and returned to Constantinople.

On January 25, 1479, Venice and Constantinople signed a peace agreement that ceded Shkodra to the Ottoman Empire. The defenders of the citadel emigrated to Venice, whereas many Albanians from the region retreated into the mountains. Shkodra then became a seat of the newly established Ottoman sanjak, the Sanjak of Scutari.

Following the death in 1473 of James II, the last Lusignan king, the Republic of Venice assumed control of the island, while the late king's Venetian widow, Queen Catherine Cornaro, reigned as figurehead. Venice formally annexed the Kingdom of Cyprus in 1489, following the abdication of Catherine. The Venetians fortified Nicosia by building the Walls of Nicosia, and used it as an important commercial hub. Throughout Venetian rule, the Ottoman Empire frequently raided Cyprus.

Sultan of the Ottoman Empire 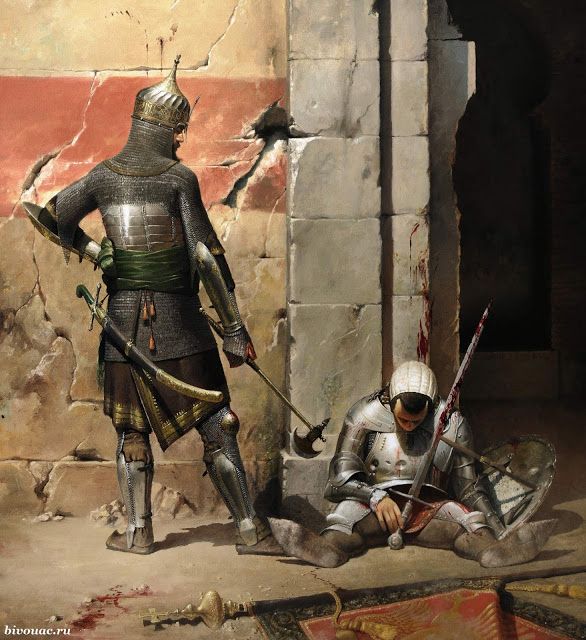 How well do you know the First Ottoman–Venetian War?
Play Timelines