French campaign in Egypt and Syria

War of the Second Coalition

The War of the Second Coalition (1798–1802) was the second war on revolutionary France by most of the European monarchies, led by Britain, Austria and Russia, and including the Ottoman Empire, Portugal, Naples and various German monarchies, though Prussia did not join this coalition and Spain and Denmark supported France.

Marengo, Province of Mantua, I

In August 1798 the Battle of the Nile took place. Nelson wiped out the French fleet while it was at anchor in the shallows. 38,000 French soldiers were stranded. The French defeat allowed the formation of a second coalition, by restoring European confidence in Britain. Europe decided to attack France while she was weakened.

A three-pronged attack was planned on France, by Britain, Austria and Russia:

The coalition first began to come together on 19 May 1798 when Austria and the Kingdom of Naples signed an alliance in Vienna. The first military action under the alliance occurred on 29 November when Austrian General Karl Mack occupied Rome and restored Papal authority with a Neapolitan army. By 1 December, the Kingdom of Naples had signed alliances with both Russia and Great Britain. And by 2 January 1799, additional alliances were in place between Russia, Great Britain, and the Ottoman Empire.
Source:Wikipedia Link
1798 Jul 1

French campaign in Egypt and Syria

Cairo, Egypt
Bonaparte Before the Sphinx

The French campaign in Egypt and Syria (1798–1801) was Napoleon Bonaparte's campaign in the Ottoman territories of Egypt and Syria, proclaimed to defend French trade interests, to establish scientific enterprise in the region and ultimately to join the forces of Indian ruler Tipu Sultan and drive away the British from the Indian subcontinent. It was the primary purpose of the Mediterranean campaign of 1798, a series of naval engagements that included the capture of Malta. The campaign ended in defeat for Napoleon, and the withdrawal of French troops from the region.

In 1798, Paul I gave General Korsakov command of an expeditionary force of 30,000 men sent to Germany to join Austria in the fight against the French Republic. At the beginning of 1799, the force was diverted to drive the French out of Switzerland. In September 1798, with the consent of the Turkish government, a Russian fleet entered the Mediterranean, where the emperor Paul, appointing himself protector of the Order of St. John of Jerusalem, intended to liberate Malta from the French. Admiral Fyodor Ushakov was sent to the Mediterranean in command of a joint Russian-Turkish squadron to support General Alexander Suvorov's upcoming Italian and Swiss expedition (1799–1800). One of Ushakov's main tasks was to take the strategically important Ionian Islands from the French. In October 1798 the French garrisons were driven from Cythera, Zakynthos, Cephalonia, and Lefkada. It remained to take the largest and best-fortified island of the archipelago, Corfu. Russia signed an alliance with Turkey on January 3, 1799. Corfu capitulated on March 3, 1799.

It was the first non-Italy-based battle of the War of the Second Coalition. The battle resulted in the victory of the Austrian forces, under the command of Archduke Charles, over the French forces, commanded by Jean-Baptiste Jourdan. Although casualties appeared even on both sides, the Austrians had a significantly larger fighting force, both on the field at Ostrach, and stretched along a line between Lake Constance and Ulm. French casualties amounted to eight percent of the force and Austrian, approximately four percent. The French withdrew to Engen and Stockach, where a few days later the armies engaged again at the Battle of Stockach.
Source:Wikipedia Link
1799 Mar 25

The Battle of Stockach occurred on 25 March 1799, when French and Austrian armies fought for control of the geographically strategic Hegau region in present-day Baden-Württemberg. In the broader military context, this battle constitutes a keystone in the first campaign in southwestern Germany during the Wars of the Second Coalition,

Battle of Verona on 26 March 1799 saw a Habsburg Austrian army under Pál Kray fight a First French Republic army led by Barthélemy Louis Joseph Schérer. The battle encompassed three separate combats on the same day. At Verona, the two sides battled to a bloody draw. At Pastrengo to the west of Verona, French forces prevailed over their Austrian opponents. At Legnago to the southeast of Verona, the Austrians defeated their French adversaries.
Source:Wikipedia Link
1799 Apr 5

In the Battle of Magnano on 5 April 1799, an Austrian army commanded by Pál Kray was a clear-cut victory by Kray over the French, with the Austrians sustaining 6,000 casualties while inflicting losses of 8,000 men and 18 guns on their foes. The defeat was a crushing blow to French morale and prompted Schérer to plead with the French Directory to be relieved of command.

The Battle of Winterthur (27 May 1799) was an important action between elements of the Army of the Danube and elements of the Habsburg army, commanded by Friedrich Freiherr von Hotze, during the War of the Second Coalition, part of the French Revolutionary Wars. The small town of Winterthur lies 18 kilometers (11 mi) northeast of Zürich, in Switzerland. Because of its position at the junction of seven roads, the army that held the town controlled access to most of Switzerland and points crossing the Rhine into southern Germany. Although the forces involved were small, the ability of the Austrians to sustain their 11-hour assault on the French line resulted in the consolidation of three Austrian forces on the plateau north of Zürich, leading to the French defeat a few days later.

In March, Masséna's army occupied Switzerland, preparing an attack against Tyrol through Vorarlberg. However, the defeats of French armies in Germany and Italy forced him to return to the defensive. Taking over Jourdan's army, he pulled it back into Switzerland to Zürich. Archduke Charles pursued him and drove him back west at the First Battle of Zurich. The French general André Masséna was forced to yield the city to the Austrians under Archduke Charles and retreat beyond the Limmat, where he managed to fortify his positions, resulting in a stalemate. During the summer, Russian troops under general Korsakov replaced the Austrian troops.

The Battle of Trebbia was fought between the joint Russian and Habsburg army under Alexander Suvorov and the Republican French army of Jacques MacDonald. Though the opposing armies were approximately equal in numbers, the Austro-Russians severely defeated the French, sustaining about 6,000 casualties while inflicting losses of 12,000 to 16,500 on their enemies.
Source:Wikipedia Link
1799 Jul 1

The Italian and Swiss expeditions of 1799 and 1800 were undertaken by a combined Austro-Russian army under overall command of the Russian General Alexander Suvorov against French forces in Piedmont, Lombardy and Switzerland as part of the Italian campaigns of the French Revolutionary Wars in general and the War of the Second Coalition in particular.
Source:Wikipedia Link
1799 Jul 27

Cassano d'Adda, Italy
General Suvorov at the battle by river Adda on April 27, 1799

The Battle of Cassano d'Adda was fought on 27 April 1799 near Cassano d'Adda, about 28 km (17 mi) ENE of Milan. It resulted in a victory for the Austrians and Russians under Alexander Suvorov over Jean Moreau's French army.
Source:Wikipedia Link
1799 Aug 15

The Battle of Novi (15 August 1799) saw a combined army of the Habsburg monarchy and Imperial Russians under Field Marshal Alexander Suvorov attack a Republican French army under General Barthélemy Catherine Joubert. After a prolonged and bloody struggle, the Austro-Russians broke through the French defenses and drove their enemies into a disorderly retreat.
Source:Wikipedia Link
1799 Aug 27

The Anglo-Russian invasion of Holland was a military campaign during the War of the Second Coalition, in which an expeditionary force of British and Russian troops invaded the North Holland peninsula in the Batavian Republic. The campaign had two strategic objectives: to neutralize the Batavian fleet and to promote an uprising by followers of the former stadtholder William V against the Batavian government. The invasion was opposed by a slightly smaller joint Franco-Batavian army. Tactically, the Anglo-Russian forces were successful initially, defeating the defenders in the battles of Callantsoog and the Krabbendam, but subsequent battles went against the Anglo-Russian forces.
Source:Wikipedia Link
1799 Sep 25

When Charles left Switzerland for the Netherlands, the allies were left with a smaller army under Korsakov, who was ordered to unite with Suvorov's army from Italy. Masséna attacked Korsakov, crushing him at the Second Battle of Zurich. Suvorov with a force of 18,000 Russian regulars and 5,000 Cossacks, exhausted and short of provisions, led a strategic withdrawal from the Alps while fighting off the French. Allied failures, as well as British insistence on searching shipping in the Baltic Sea led to Russia withdrawing from the Second Coalition. Emperor Paul recalled the Russian armies from Europe.

An Anglo-Russian force of 32,000 men landed in North Holland on August 27, 1799, captured the Dutch fleet at Den Helder on August 30 and the city of Alkmaar on October 3. Following a series of battles at Bergen on September 19 and Alkmaar on October 2 (also known as 2nd Bergen), they faced the French and Dutch armies at Castricum on October 6. Following a defeat at Castricum, the Duke of York, the British supreme commander, decided upon a strategic retreat to the original bridgehead in the extreme north of the peninsula. Subsequently, an agreement was negotiated with the supreme commander of the Franco-Batavian forces, General Guillaume Marie Anne Brune, that allowed the Anglo-Russian forces to evacuate this bridgehead unmolested. However, the expedition partly succeeded in its first objective, capturing a significant proportion of the Batavian fleet.

Paris, France
General Bonaparte during the coup d'état of 18 Brumaire in Saint-Cloud, painting by François Bouchot, 1840

The Coup of 18 Brumaire brought General Napoleon Bonaparte to power as First Consul of France and in the view of most historians ended the French Revolution. This bloodless coup d'état overthrew the Directory, replacing it with the French Consulate.
Source:Wikipedia Link
1800 Apr 6

During the siege of Genoa the Austrians besieged and captured Genoa. However, the smaller French force at Genoa under André Masséna had diverted enough Austrian troops to enable Napoleon to win the Battle of Marengo and defeat the Austrians.

The Battle of Marengo was fought on 14 June 1800 between French forces under the First Consul Napoleon Bonaparte and Austrian forces near the city of Alessandria, in Piedmont, Italy. Near the end of the day, the French overcame Gen. Michael von Melas's surprise attack, driving the Austrians out of Italy and consolidating Napoleon's political position in Paris as First Consul of France in the wake of his coup d’état the previous November.
Source:Wikipedia Link
1800 Dec 3

The Battle of Hohenlinden was fought on 3 December 1800, during the French Revolutionary Wars. A French army under Jean Victor Marie Moreau won a decisive victory over the Austrians and Bavarians led by Archduke John of Austria. After being forced into a disastrous retreat, the allies were compelled to request an armistice that effectively ended the War of the Second Coalition.
Source:Wikipedia Link
1801 Apr 2

Copenhagen, Denmark
The Battle of Copenhagen by Christian Mølsted.

The Battle of Copenhagen of 1801 was a naval battle in which a British fleet fought and defeated a smaller force of the Dano-Norwegian Navy anchored near Copenhagen on 2 April 1801. The battle came about over British fears that the powerful Danish fleet would ally with France, and a breakdown in diplomatic communications on both sides. The Royal Navy won a resounding victory, besting fifteen Danish warships while losing none in return.
Source:Wikipedia Link
1802 Mar 21

The Treaty of Amiens temporarily ended hostilities between France and the United Kingdom at the end of the War of the Second Coalition. It marked the end of the French Revolutionary Wars.

Key Figures for War of the Second Coalition

Sultan of the Ottoman Empire

Duke of York and Albany

Book Recommenations for War of the Second Coalition 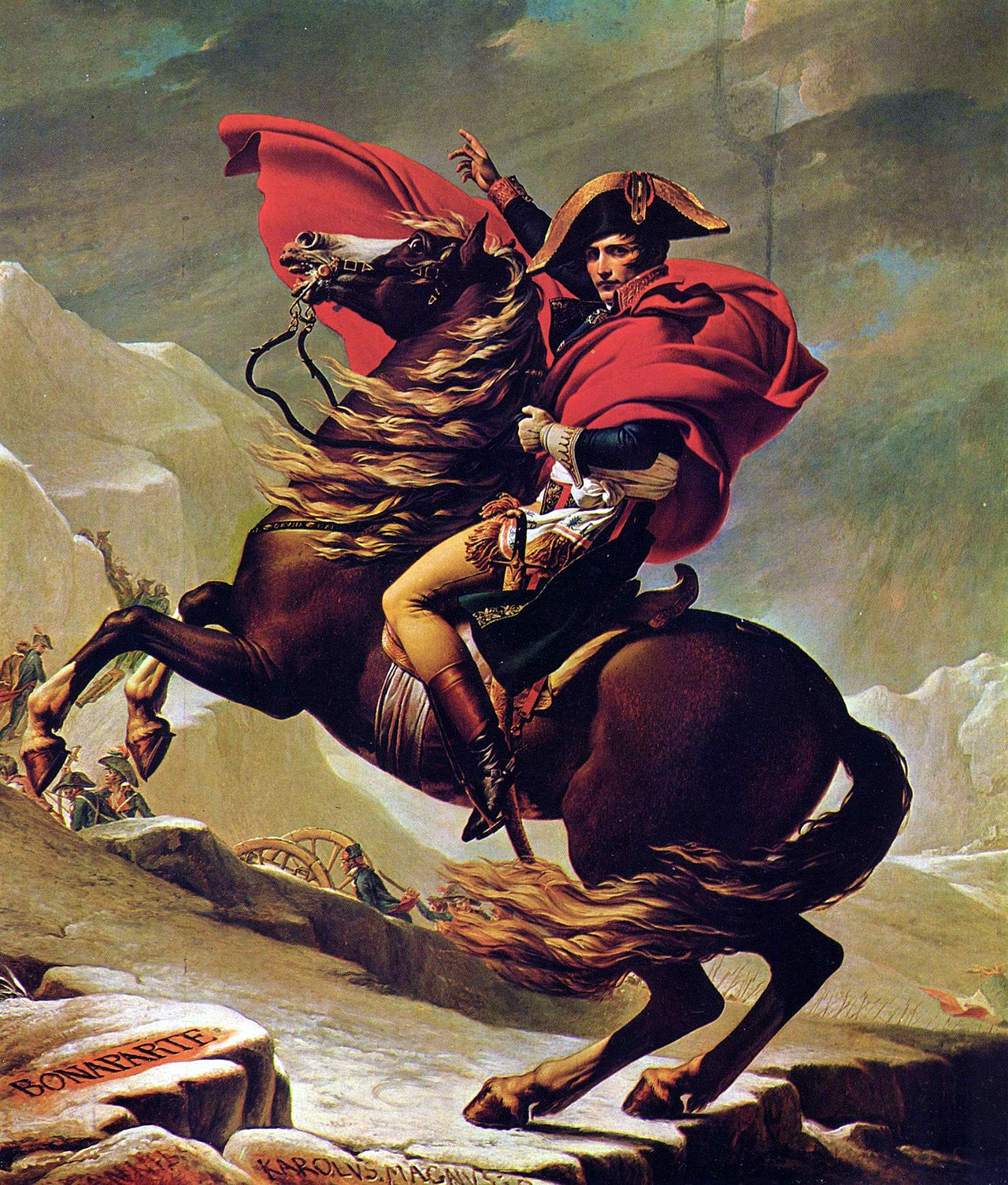 How well do you know the War of the Second Coalition?
Play Timelines