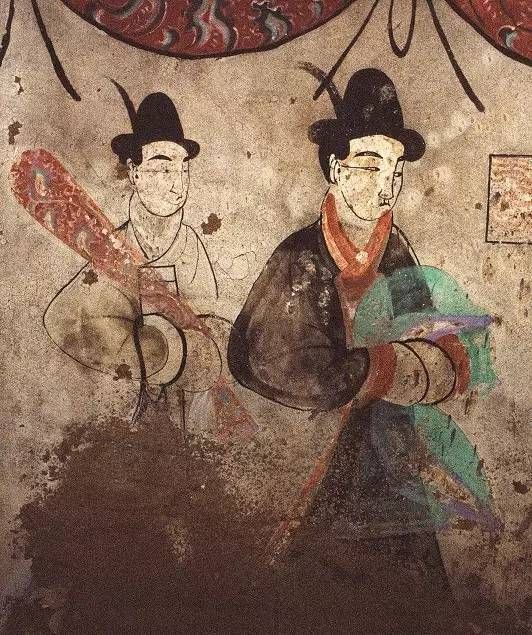 The Han dynasty (Chinese: 漢朝; pinyin: Hàncháo) was the second imperial dynasty of China (202 BC – 220 AD), established by the rebel leader Liu Bang and ruled by the House of Liu. Preceded by the short-lived Qin dynasty (221–206 BC) and a warring interregnum known as the Chu–Han contention (206–202 BC), it was briefly interrupted by the Xin dynasty (9–23 AD) established by the usurping regent Wang Mang, and was separated into two periods—the Western Han (202 BC–9 AD) and the Eastern Han (25–220 AD)—before being succeeded by the Three Kingdoms period (220–280 AD). Spanning over four centuries, the Han dynasty is considered a golden age in Chinese history, and influenced the identity of the Chinese civilization ever since.[4] Modern China's majority ethnic group refers to themselves as the "Han Chinese", the Sinitic language is known as "Han language", and the written Chinese is referred to as "Han characters".

Liu Bang, a man of humble birth, leads a rebellion against the repressive policies of the Qin Dynasty. After winning a number of battles, he seizes Xianyang, the capital city of Qin, and ends Qin rule. He establishes the Han Dynasty (further divided into the Western Hanby historians) and renames himself Emperor Gaozu.
More details

Emperor Gaozu establishes the capital of the Han Dynasty.

After defeating the final rebellion against him, Gaozu establishes Chang'an as the capital of the Han Dynasty. The capital is strategically located at the convergence of all major roads.
More details

After Gaozu's death, his empress takes ruthless measures to confiscate the empire for her own family. The conflict lasts for 15 years.
More details

After years of conflict. Emperor Wen, one of Liu Bang's surviving sons, takes the throne and reestablishes the broken lineage. He and his family punish the Lü Zhi clan for their rebellion, killing every family member they can find. As a ruler, Emperor Wen lightens taxes and promotes the development of the empire.
More details

Zhang Qian begins to open the Silk Road to the west

Sent as an envoy of Emperor Wudi, explorer Zhang Qian begins several expeditions to central Asia. He and his associates establish contact with Hellenistic peoples to the west, ultimately leading to the opening of the Silk Road.
More details

Emperor Wudi extends the Chinese empire in all directions

After a series of military campaigns in all directions, Emperor Wudi adds a huge amount of territory to the Chinese empire, including southern China, central Vietnam, and north and central Korea. He consolidates control over his empire in 101 BCE
More details

When Wang Mang becomes the emperor of the Western Han, he changes the country's name to "Xin." After unsuccessful attempts to reform the aristocratic land ownership system, he is overthrown by a peasant revolt.
More details

Liu Xiu, a descendant of Liu Bang, joins the rebellion against the Xin. After defeating the army of Wang Mang, he reestablishes the Han Dynasty, making Luoyang its capital city. This launches the Eastern Han period. He is renamed Emperor Guangwu of Han.
More details

The eunuch Cai Lun develops a method of making paper by dipping a screen into a pulp of rice, straw, and tree bark, and pressing and drying the pulpy residue. During Han times, paper is used mainly to wrap fish, not for written documents.
More details

Buddhist missionary An Shigao settles in the capital of Luoyang, where he produces a number of translations of Indian Buddhist texts. He attract a number of followers to Buddhism.
More details

After years of weak central rule and growing corruption within the government, a large peasant rebellion breaks out. Known as the Yellow Turban Rebellion, it threatens the imperial capital at Luoyang, but the Han ultimately quash the revolt.
More details

Warlord Dong Zhou seizes control of Luoyang and places a child, Liu Xie, as the new ruler. Liu Xie was also a member of the Han family, but real power is in the hands of Dong Zhou, who destroys the imperial capital.
More details

Cao Pi forces Emperor Xian of Han to abdicate and declares himself Emperor of the Wei dynasty. Warlords and states vie for power for the next 350 years, leaving the country splintered. Imperial China enters the "Three Kingdoms" period.
More details