History of the Ottoman Empire: Orhan

Orhan Ghazi was the second bey of the Ottoman Beylik from 1323/4 to 1362. He was born in Söğüt, as the son of Osman Gazi and Malhun Hatun. His grandfather was Ertuğrul. In the early stages of his reign, Orhan focused his energies on conquering most of northwestern Anatolia. The majority of these areas were under Byzantine rule and he won his first battle at Pelekanon against the Byzantine Emperor Andronikos III Palaiologos. Orhan also occupied the lands of the Karasids of Balıkesir and the Ahis of Ankara.

According to Ottoman tradition, when Orhan succeeded his father, he proposed to his brother, Alaeddin, that they should share the emerging empire. The latter refused on the grounds that their father had designated Orhan as sole successor, and that the empire should not be divided.

By the accession of Andronicus in 1328, the Imperial territories in Anatolia had dramatically shrunk from almost all of the west of modern Turkey. Andronicus decided to relieve the important besieged cities of Nicomedia and Nicaea, and hoped to restore the frontier to a stable position. The Byzantine Emperor Andronicus III gathered together a mercenary army and set off towards Anatolia on the peninsular lands of Kocaeli. But at the present towns of Darica, at a site then called Pelekanon, not too far from Üsküdar, he met with Orhan's troops. In the ensuing battle of Pelekanon, the Byzantine forces were routed by Orhan's disciplined troops. Thereafter Andronicus abandoned the idea of getting the Kocaeli lands back and never again conducted a field battle against the Ottoman forces.
More
1331 Jan 1

By 1326, lands around Nicaea had fallen into the hands of Osman I. He had also captured the city of Bursa, establishing a capital dangerously close to the Byzantine capital of Constantinople. In 1328, Orhan, Osman's son, began the siege of Nicaea, which had been in a state of intermittent blockade since 1301. The Ottomans lacked the ability to control access to the town through the lakeside harbour. As a result, the siege dragged on for several years without conclusion. In 1329, Emperor Andronicus III attempted to break the siege. He led a relief force to drive the Ottomans away from both Nicomedia and Nicaea. After some minor successes, however, the force suffered a reverse at Pelekanon and withdrew. When it was clear that no effective Imperial force would be able to restore the frontier and drive off the Ottomans, the city proper fell in 1331.

Following the Byzantine defeat at Nicaea in 1331, the loss of Nicomedia was only a matter of time for the Byzantines. Andronikos III Palaiologos, the Byzantine emperor, attempted to bribe the Ottoman leader Orhan, but in 1337, Nicomedia was attacked and fell to the Ottomans. The Byzantine Empire did not recover from this defeat; the last Anatolian stronghold of Byzantium had fallen, except Philadelphia, which was surrounded by the Germiyanids until 1396.
More
1345 Jan 1

Orhan also conquered the Turkish principality of Karesi in 1345-6, thus placing all potential crossing points to Europe in Ottoman hands. The experienced Karesi warriors were incorporated into the Ottoman military, and were a valuable asset in subsequent campaigns into the Balkans. With the conquest of Karesi, nearly the whole of northwestern Anatolia was included in the Ottoman Beylik, and the four cities of Bursa, Nicomedia İzmit, Nicaea, İznik, and Pergamum (Bergama) had become strongholds of its power. The acquisition of Karesi allowed the Ottomans to begin the conquest of European lands in Rumelia across the Dardanelles.
More
1346 Jan 1

A twenty-year period of peace followed the acquisition of Karesi. During this time, the Ottoman sovereign was actively occupied in perfecting the civil and military institutions which Orhan's brother had introduced, in securing internal order, in founding and endowing mosques and schools, and in the construction of vast public edifices, many of which still stand. Orhan did not continue with any other conquests in Anatolia except taking over Ankara from the commercial-religious fraternity guild of Ahis.

Orhan married Theodora, the daughter of Byzantine prince John VI Cantacuzenus. The reason on the part of John Vi is to cement the alliance with the rising Ottoman emirate and to prevent the Ottomans from giving their aid to the Empress-regent Anna of Savoy during the ongoing civil war.
More
1346 Jan 1

The Black Death was destructive for the Byzantine state. It arrived in Anatolia in late 1346 and reached Constantinople in 1347. As in Europe, the Black Death eliminated a significant proportion of the population in the capital and other towns and aggravated the already poor economic and agrarian conditions in cities and the countryside. The Black Death devastated Byzantium especially because it occurred after two civil wars over succession, in the 1320s and 1340s, which left the state stripped of cash and vulnerable to Venetian, Genoese, and Ottoman intervention and invasions. From 1346 to 1352, the epidemic ravaged Byzantine cities, depleting their populations and leaving few soldiers to defend them.

Orhan decided to pursue war against Europe, Anatolian Turks were settled in and around Gallipoli to secure it as a springboard for military operations in Thrace against the Byzantines and Bulgarians. Most of eastern Thrace was overrun by Ottoman forces within a decade and was permanently brought under Orhan's control by means of heavy colonization. The initial Thracian conquests placed the Ottomans strategically astride all of the major overland communication routes linking Constantinople to the Balkan frontiers, facilitating their expanded military operations. ln addition, control of the highways in Thrace isolated Byzantium from direct overland contact with any of its potential allies in the Balkans and in Western Europe.
1352 Jan 1

Ottomans gained their first permanent stronghold in Europe at Çimpe Castle in 1354. It was granted to the Ottoman Turks by the Byzantine emperor John Kantakouzenos around 1352 for their use during his war against his erstwhile charge and co-emperor John Palaiologos. 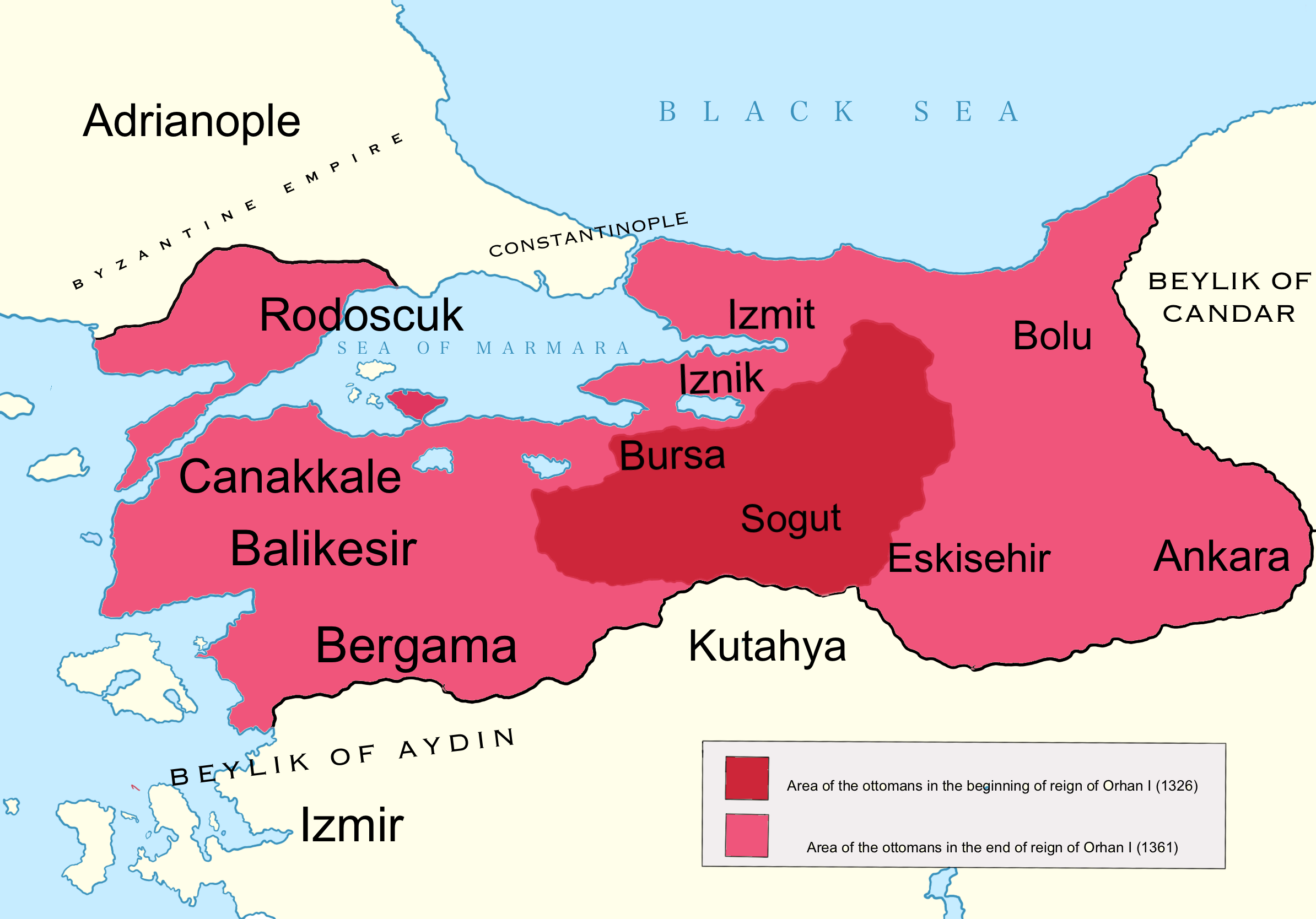 Orhan died in 1362, in Bursa, at the age of eighty, after a reign of thirty-six years. He is buried in the türbe (tomb) with his wife and children, called Gümüşlü Kumbet in Bursa. Orhan was the longest living and one of the longest reigning of the future Ottoman Sultans. In his last years he had left most of the powers of state in the hands of his second son Murad and lived a secluded life in Bursa.

More
Translations powered by: Translate API
Last Updated: Sun, 21 Aug 2022 23:49:09 GMT
If you see any inaccurate, false, or doubtful information on this page, we would appreciate any feedback. Pls cite the story and specific event, the reason why it's incorrect and any source(s) you might have that supports your claim. Thank you.
SHARE THIS STORY

Get our spam-free newsletter.

How well do you know the History of the Ottoman Empire: Orhan?
Play Timelines 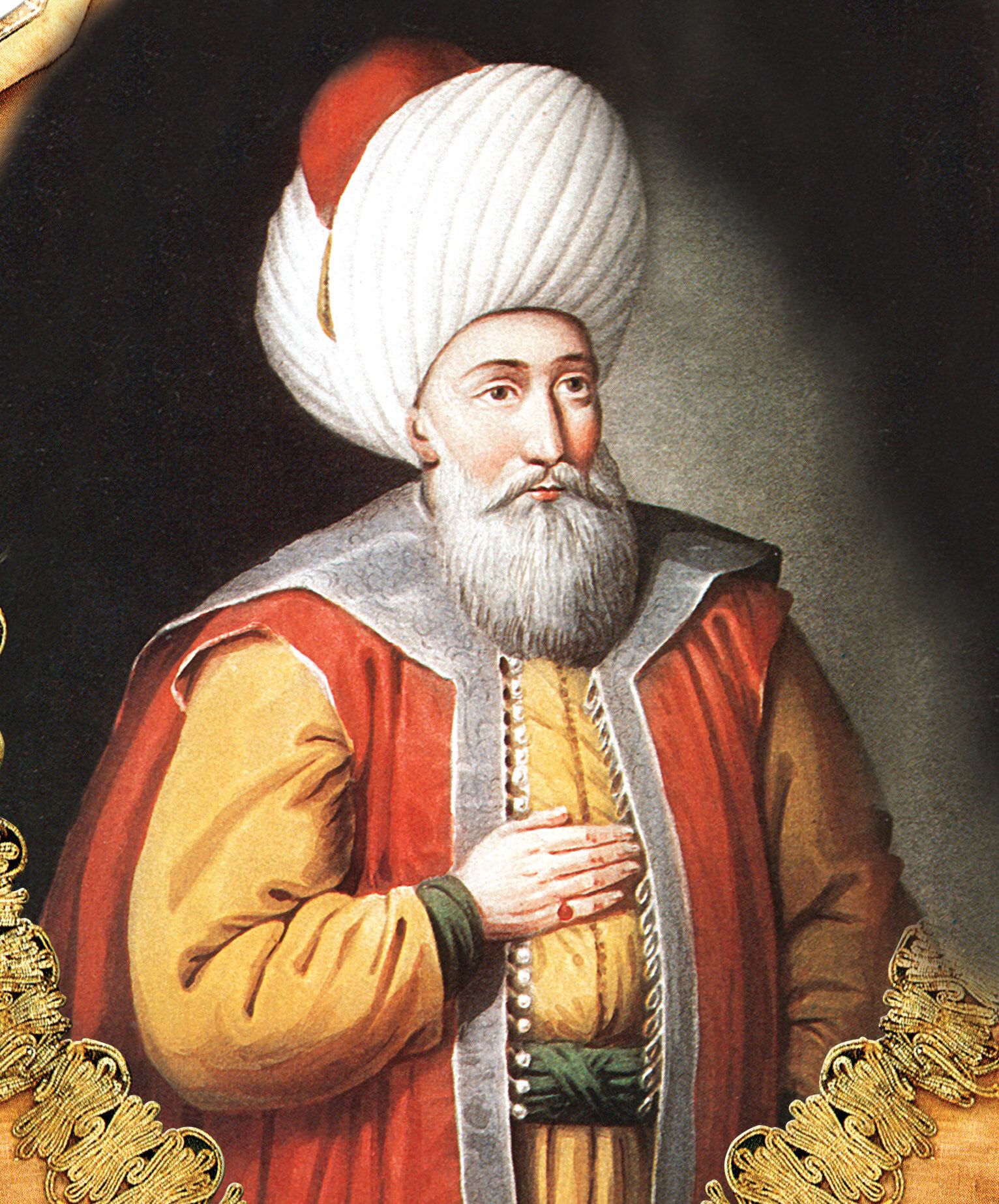