History of the Ottoman Empire: Bayezid I

Bayezid I ( بايزيد اول‎) was the Ottoman Sultan from 1389 to 1402. He was the son of Murad I and Gülçiçek Hatun. He built one of the largest armies in the known world at the time and unsuccessfully besieged Constantinople. He adopted the title of Sultan-i Rûm, Rûm being an old Islamic name for the Roman Empire. He decisively defeated the Crusaders at Nicopolis (in modern Bulgaria) in 1396, and was himself defeated and captured by Timur at the Battle of Ankara in 1402 and died in captivity in March 1403, triggering the Ottoman Interregnum.

Kosovo
Bayezid is proclaimed a sultan

Bayezid I (often given the epithet Yıldırım, "the Thunderbolt") succeeded to the sultanship upon the assassination of his father Murad during the battle of Kosovo. In a rage over the attack, he ordered all Serbian captives killed; Beyazid became known as Yıldırım, the lightning bolt, for the speed with which his empire expanded.
More
1390 Jun 1

The sultan began unifying Anatolia under his rule. In a single campaign over the summer and fall of 1390, Bayezid conquered the beyliks of Aydin, Saruhan and Menteshe. His major rival Sulayman, the emir of Karaman, responded by allying himself with the ruler of Sivas, Kadi Burhan al-Din and the remaining Turkish beyliks. Nevertheless, Bayezid pushed on and overwhelmed the remaining beyliks (Hamid, Teke, and Germiyan), as well as taking the cities of Akşehir and Niğde, as well as their capital Konya from the Karaman.
More
1393 Jan 1

The appearance of Turk raiders at Hungary's southern borders awakened the Hungarian King Sigismund of Luxemburg (1387–1437) to the danger that the Ottomans posed to his kingdom, and he sought out Balkan allies for a new anti-Ottoman coalition. By early 1393 Turnovo Bulgaria's Ivan Shishman, hoping to throw off his onerous vassalage, was in secret negotiations with Sigismund, along with Wallachian Voievod Mircea the Old (1386–1418) and, possibly, Vidin's Ivan Sratsimir. Bayezid got wind of the talks and launched a devastating campaign against Shishman. Turnovo was captured after a lengthy siege, and Shishman fled to Nikopol. When that town fell to Bayezid, Shishman was captured and beheaded. All his lands were annexed by the sultan, and Sratsimir, whose Vidin holdings had escaped Bayezid's wrath, was forced to reaffirm his vassalage.
1394 Jan 1

In 1394, Bayezid laid siege(long blockade) to Constantinople, the capital of the Byzantine Empire. Anadoluhisarı fortress was built between 1393 and 1394 as part of preparations for the second Ottoman siege of Constantinople, which took place in 1395. Already in 1391, the rapid Ottoman conquests in the Balkans had cut off the city from its hinterland. After constructing the fortress of Anadoluhisarı to control the Bosporus strait, from 1394 on, Bayezid tried to starve the city into submission by blockading it both by land and, less effectively, by sea. Lack of a fleet or necessary artillery to demolish those impressive walls made this an abortive siege. These lessons would later help the later Ottoman emperors. On the urgings of the Byzantine emperor Manuel II Palaeologus, a new crusade was organized to defeat him.

Wallachian support of the Bulgarians south of the Danube who were fighting against the Turks brought them into conflict with the Ottoman Empire. In 1394, Bayezid I crossed the River Danube leading 40,000 men, an impressive force at the time, to attack Wallachia, ruled at that time by Mircea the Elder. Mircea had only about 10,000 men so he could not survive an open fight. He chose to fight what would now be called a guerrilla war, by starving the opposing army and using small, localized attacks and retreats (a typical form of asymmetric warfare). The Ottomans were superior in number, but in the Battle of Rovine, on forested and swampy terrain, the Wallachians won the fierce battle and prevented Bayezid's army from advancing beyond the Danube.
More
1396 Sep 25

In 1396 Hungarian King Sigismund finally pulled together a crusade against the Ottomans. The crusader army was composed primarily of Hungarian and French knights, but included some Wallachian troops. Though nominally led by Sigismund, it lacked command cohesion. The crusaders crossed the Danube, marched through Vidin, and arrived at Nikopol, where they met the Turks. The headstrong French knights refused to follow Sigismund's battle plans, resulting in their crushing defeat. Because Sratsimir had permitted the crusaders to pass through Vidin, Bayezid invaded his lands, took him prisoner, and annexed his territories. With Vidin's fall, Bulgaria ceased to exist, becoming the first major Balkan Christian state to disappear completely by direct Ottoman conquest.

In 1397, Bayezid defeated the emir of Karaman in Akçay, killing him and annexing his territory. In 1398, the sultan conquered the Djanik emirate and the territory of Burhan al-Din, violating the accord with the Turco-Mongol warlord Timur. Finally, Bayezid occupied Elbistan and Malatya. In 1400, Timur succeeded in rousing the local Turkic beyliks who had been vassals of the Ottomans to join him in his attack on Bayezid, who was also considered one of the most powerful rulers in the Muslim world during that period.Years of insulting letters had passed between Timur and Bayezid. Both rulers insulted each other in their own way while Timur preferred to undermine Bayezid's position as a ruler and play down the significance of his military successes.
More
1402 Jul 20

The Battle of Ankara or Angora was fought on 20 July 1402 at the Çubuk plain near Ankara, between the forces of the Ottoman Sultan Bayezid I and the Emir of the Timurid Empire, Timur. The battle was a major victory for Timur. After the battle, Timur moved through western Anatolia to the Aegean coast, where he besieged and took the city of Smyrna, a stronghold of the Christian Knights Hospitalers. The battle was catastrophic for the Ottoman state, fracturing what remained and bringing almost total collapse of the empire. Mongols roamed free in Anatolia and the political power of the sultan was broken. This resulted in a civil war among Bayezid's sons known as the Ottoman Interregnum.

More
Translations powered by: Translate API
Last Updated: Sat, 21 May 2022 11:07:42 GMT
If you see any inaccurate, false, or doubtful information on this page, we would appreciate any feedback. Pls cite the story and specific event, the reason why it's incorrect and any source(s) you might have that supports your claim. Thank you.
SHARE THIS STORY

Get our spam-free newsletter.

How well do you know the History of the Ottoman Empire: Bayezid I?
Play Timelines 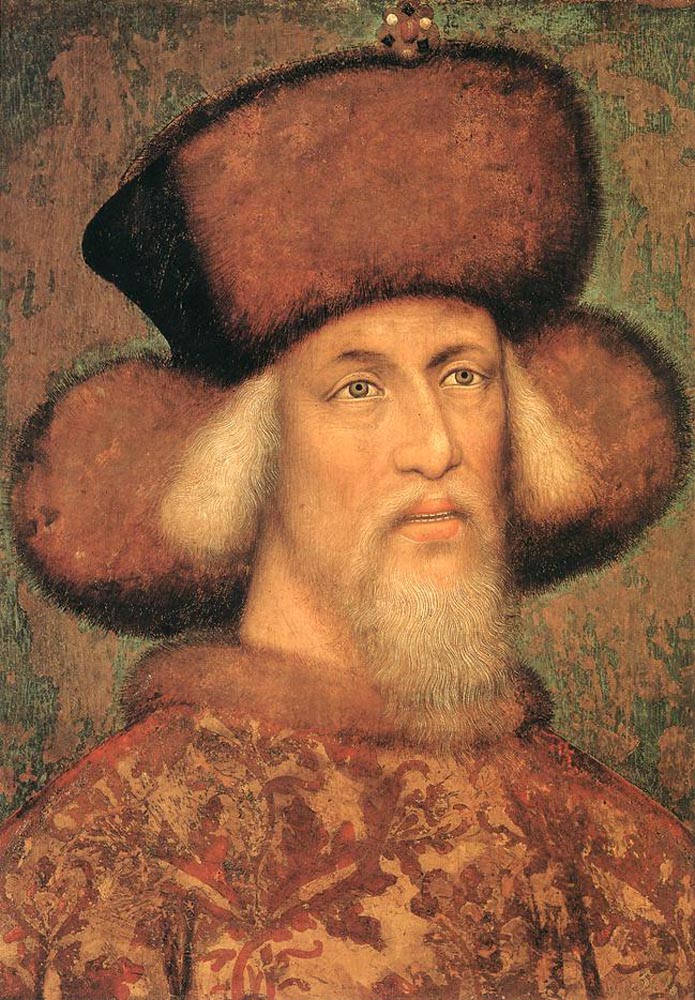 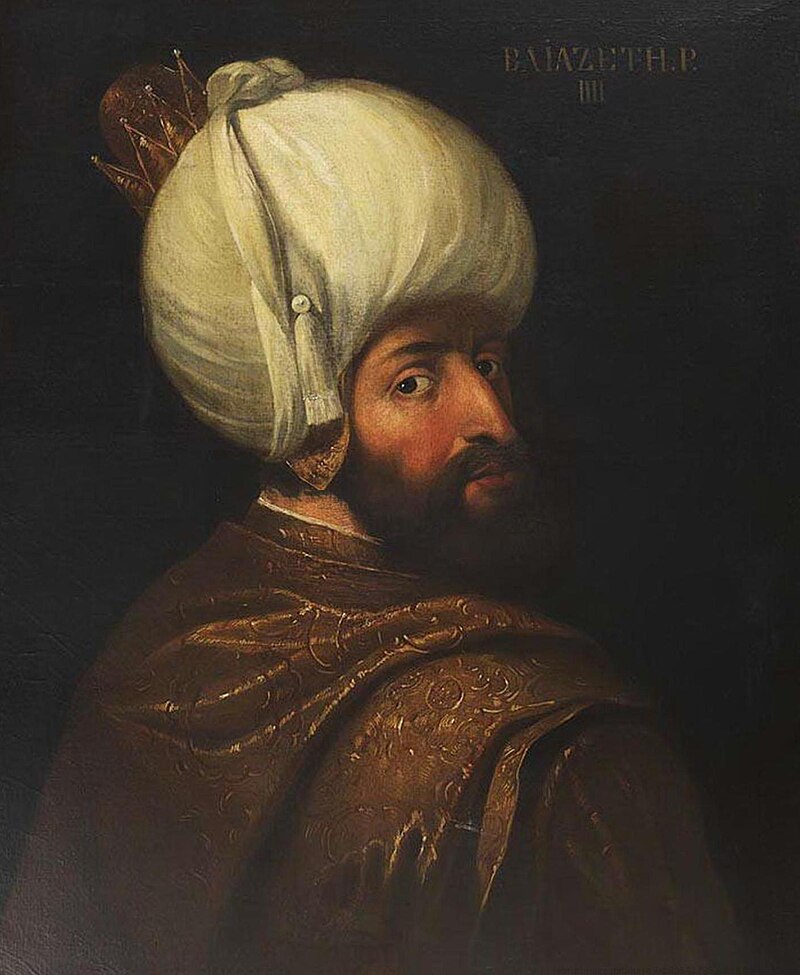 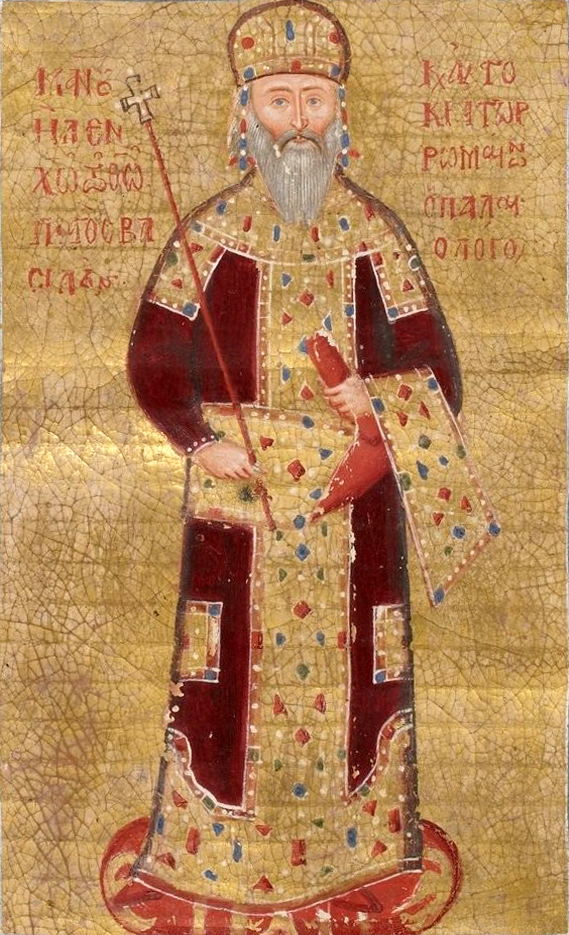